Rose Hill Elementary School opened on September 3, 1957. Our school originally had 20 classrooms and an opening enrollment of 482 students. Rose Hill was built on land that was formerly part of a farm. When our school opened the Rose Hill neighborhood was only a few years old. There was no John Marshall Library next door and there were no houses across the street.

Rose Hill Elementary School's first principal was Rose S. Rogers. During the 1950s, there were no school counselors, physical education teachers, or music teachers. Physical education was taught by classroom teachers in their rooms or through structured play outside. Music instruction was held in a small activity room that also doubled as a storage space for physical education equipment.

Rose Hill Elementary School opened during the post-World War II period known as the baby boom. In September 1952, there were 20,200 students enrolled in Fairfax County Public Schools (FCPS) at 42 schools. By December 1959, that number would climb to 54,100 students at 84 schools. FCPS administrators had been projecting record enrollment growth for several years, but were unprepared when actual growth far exceeded their expectations. From September 1957 to September 1960, enrollment at Rose Hill skyrocketed from 482 to 672 students. Enrollment peaked at 766 students in June 1963, then gradually fell to around 600 during the late 1960s.

During the decade of the 1960s several major changes happened in the public schools of Fairfax County. In 1960, FCPS opened its first intermediate schools. Prior to this time, elementary schools educated children in grades 1-7, and high school consisted of grades 8-12. Seventh graders from Rose Hill were assigned to the newly built Mark Twain Intermediate School.

When Rose Hill opened, public schools in Virginia were segregated by race. In the early 1960s, FCPS began a slow process of desegregation, culminating at the end of the 1965-66 school year. Prior to this time, African-American children living in our area were bused to Drew-Smith Elementary School, an all-African-American school located at Gum Springs on Route 1.

In 1965, almost every former all-African-American FCPS elementary school ceased operation (one notable exception is Louise Archer Elementary School in Vienna). These schools were located in predominantly African-American enclaves, necessitating the busing of students out of these neighborhoods to formerly all-white schools. In 1968, the Fair Housing Law was passed, eliminating racial barriers to homeownership. Rose Hill's student body remained largely Caucasian until the 1970s, by which time the effects of the passage of the Fair Housing Law began to be evident in Fairfax County’s suburbs.

Did you know that when Rose Hill opened there were no kindergarteners in our school? A kindergarten program was piloted in several schools in 1967 and proved so successful that one year later FCPS implemented kindergarten county-wide. FCPS enrolled approximately 8,000 children in kindergarten in September 1968.

Rose Hill Elementary School was designed in 1955 by the architecture firm of Willgoos and Chase. Our school originally had 20 classrooms, a library, administrative offices, a clinic, and a cafeteria. Rose Hill was built by the Reid Construction Company at a cost of $507,150. The first addition to our school was built from 1970-71 by the White Construction Company. A gymnasium, music room, and seven classrooms were added at a cost of $521,720, increasing the building capacity from 600 to 810 students. Rose Hill received its first building-wide renewal from 1992-93, and a second addition was constructed in 1999-00.

From the mid-1970s into the early 1980s, student enrollment began a gradual decline resulting in the closure of several schools in the eastern part of Fairfax County. The closures affected neighborhoods that saw the earliest growth post-World War II. The children in these neighborhoods were graduating high school, and there were fewer families in the area with young children. By May 1978, enrollment at Rose Hill had fallen to 365 students.  In January 1982, the School Board voted to close nearby Virginia Hills Elementary School permanently and consolidate its student body into Rose Hill beginning in September 1982.

After Virginia Hills closed, the building was designated the FCPS Area I Office. Our library maintains a small selection of Virginia Hills memorabilia, such as school yearbooks, photographs, newspaper clippings, and a history written by its P.T.A.

Our library is named for Rose Hill Elementary School's first librarian, Virginia Wright. Miss Wright retired in 1976, and in May of that year the Fairfax County School Board passed a resolution naming our library in her honor. The School Board praised Miss Wright for her years of faithful and loyal service to Rose Hill and for her dedication to inspiring children to read and enjoy good books and other forms of literature as an aid to their educational development.

What's in a Name?

Do you know why our school is named Rose Hill? Learn about the origin of our school's name in this video produced for Fairfax County Public Schools’ cable television channel Red Apple 21. 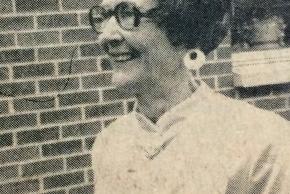 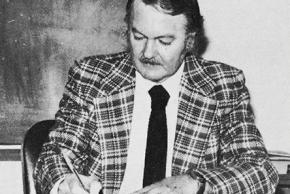 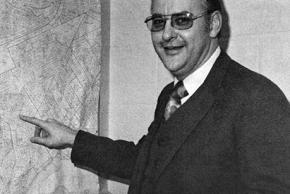 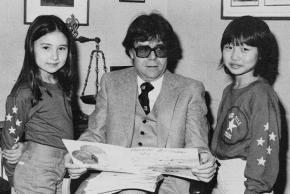 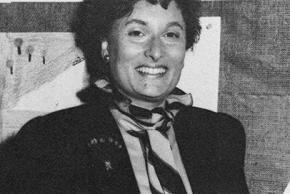 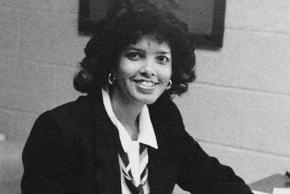 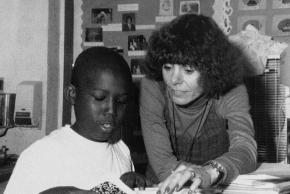 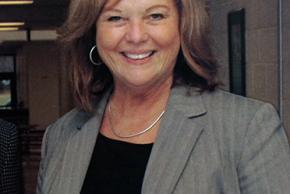 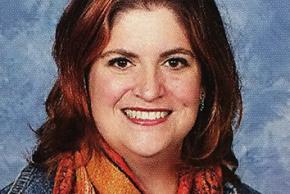